Mary Reid Macarthur (1880–1921) is best remembered for improving conditions for working women in the Black Country.

Despite a prosperous and Conservative background, she was converted to trade unionism while working as a bookkeeper in her father's drapery business.

In 1903 Macarthur moved to London, where she became secretary to the Women’s Trade Union League. There she found that the small, independent unions for women, which the League promoted, lacked the finance to carry weight in wage bargaining. In 1906 she founded a union for women in all trades, the National Federation of Women Workers (NFWW), able to build up financial resources to back wage demands with the threat of effective strikes. 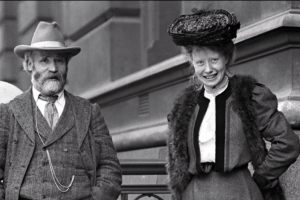 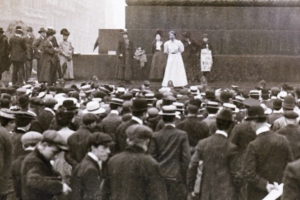