News from the Battlefield

WATERLOO AND THE WEST MIDLANDS PRESS

Newspapers enabled West Midlanders to read of Wellington’s victory at Waterloo, in the words of the Duke himself.

Throughout the nineteenth century, the local press continued to print stories and anecdotes relating to the battle, as well as encouraging the public to commemorate this historic event. Today, Waterloo is still making news.

Caked in dirt from the battlefield, the Duke of Wellington sat at his desk in the early hours of 19 June 1815 to prepare his account of the allied victory at Waterloo. In his report to Lord Bathurst, the Secretary of State for War and the Colonies, Wellington described how his army had stood firm in the face of numerous cavalry charges and repeated bombardment from French artillery.

He praised the bravery of his men as they fought to defend the farms of Hougoumont and La Haye Sainte, two of the key strategic positions in the battle. And with factual simplicity, he recalled the moment when Napoleon’s resistance was finally broken. ‘The enemy was forced from his positions on the heights’, wrote the Duke, ‘and fled in the utmost confusion.’ 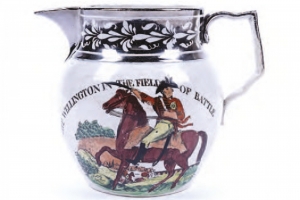 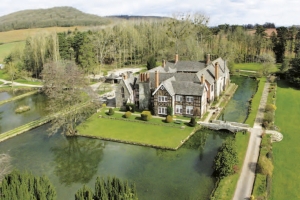