Samuel Galton Jnr (1753-1832), a member of a Birmingham Quaker dynasty of gun-makers and merchants, is perhaps the most enigmatic member of the Lunar Society. Part of his business involved the manufacture of cheap muzzle-loading guns, commonly exchanged for slaves on the West Coast of Africa. Yet this activity came in for no comment from any of the prominent abolitionists in this illustrious body; or from his eldest daughter, Mary Anne Schimmelpenninck,who, as her memoirs make clear, was an opponent of the slave trade and slavery.

Great Barr Hall at the time of Galton’s residence. Artist unknown. Between 1785 and 1797 Galton lived at Great Barr Hall, Staffordshire, one of the meeting places for the Lunar men. He was particularly interested in natural history, a subject taught in Quaker schools, and also one of the earliest members of the Linnean Society, formed in London in 1788 to promote the new system of the Swedish naturalist Carl Linnaeus for ordering the natural world.

The Natural History of Birds
In 1786, a year after moving to Barr, Galton began writing The Natural History of Birds: containing a variety of facts...for the amusement and instruction of children. This three-volume work was intended principally to benefit the younger members of his family and has the distinction of being the first natural history text of its kind for children. 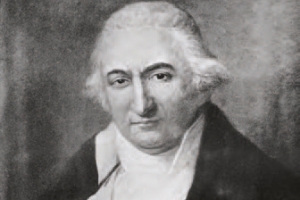