When Yousuf Choudhury was born in 1928 in Sylhet, an agricultural district of East Bengal, he was a citizen of Britain’s Indian Empire. In 1947, East Bengal became East Pakistan, part of the new state of Pakistan and in 1971, it achieved independence as Bangladesh.

There was little work in Sylhet, so many men gained employment in Britain’s merchant navy, working for lower wages than British sailors. The ships, however, docked in British ports, which enabled the men to leave and seek better-paid jobs.

In 1957, Choudhury came to Birmingham to join his elderly uncle who was his family’s main breadwinner. The city was already home to Bengalis who were employed in local metal foundries. By English standards wages were low, but they were able to send money they had saved back home to their families. He developed a keen interest in photography, turned semiprofessional and established a studio. As well as taking portraits, he also began to photograph the lives of his fellow Bengalis.

The 1960s witnessed growing tension between East and West Pakistan as Bengalis sought to create their own country. Choudhury identified with this aim and photographed the proindependence meetings by Bengalis in Britain. In 1971, East Pakistan declared independence and became Bangladesh. During the short-lived but bloody war with West Pakistan, law and order and communications broke down and he lost contact with his daughter, Rohina. Desperate to find her, he flew to India and crossed the border into Bangladesh. 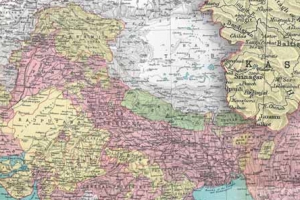 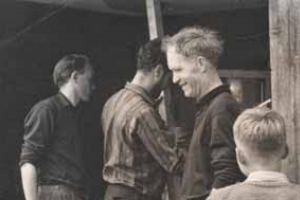