In 1918, amidst the turmoil of the First World War, a new deadly threat swept through Europe and beyond.  Spanish Flu, infected and killed tens of millions over the next two years.

In Birmingham, three separate waves of the disease hit the city, causing massive disruption to the life of the city which was in Italy still at war and then trying to recover.

This was a time of additional grief as returning servicemen who had survived years of war suddenly died soon after getting home while others returned to find loved ones dead or dying.

Now Justine Pick from the University of Birmingham has investigated the records to discover how Spanish Flu affected the people of Birmingham.  Here she talks to History West Midlands publisher Mike Gibbs. 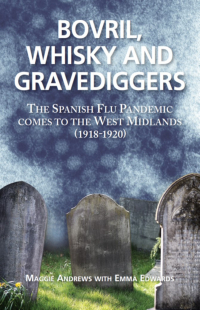 Bovril, Whisky and Gravediggers: The Spanish Flu Pandemic comes to the West Midlands (1918-1920) ‘Spanish Flu,’ killed more than 50 million people and affected millions more, across the globe during 1918 and 1919. Soldiers, POWs and the workers in war –industries all fell victim to this pandemic which brought fear... 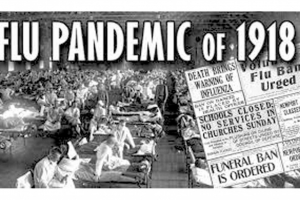