The Chamberlains - Joseph, Austen and Neville - are unique in British political history in which they were prominent - and sometimes dominant - for nearly a century.

Unlike previous political dynasties, they did not come from hereditary wealth but from the industrial enterprise of provincial Birmingham. From 1876 to 1940, Joseph and then his sons, Austen and Neville, were at the herat of British public life. During this time there were family triumphs and tragedies as well as great political successes and abject failures.

Listen as author and historian Andrew Reekes story of the family who 'made the political weather'. 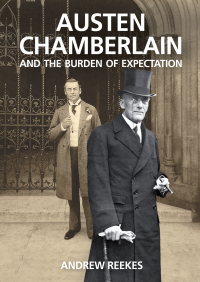 From his birth in 1863 Austen Chamberlain was groomed for the highest public office by his father Joseph Chamberlain - one of the great political figures of the Victorian and Early Edwardian age.  But Austen never escaped from his father's shadow and his promise was never fulfilled. Although he held...