Migrants to The West Midlands

While population studies give us the ‘big picture’, tracing general trends in relation to migration, it is individual stories which bring history to life and illustrate most powerfully for us some of the factors which lie behind it.

Perhaps the most famous painting in Birmingham’s collections, the Pre-Raphaelite Ford Madox Brown’s The Last of England (1852-5), powerfully evokes the range of emotions among a party of migrants as they leave the chalk-cliffed shores of southern England for a new future in another continent. There is resignation, anger, and bitter brooding among the passengers crammed on the vessel. Provoked by the departure to Australia of a disappointed sculptor friend of the painter, the picture represented circumstances experienced by many Victorian families.

As Connie Wan’s recent, unpublished, thesis on a Birmingham artistic dynasty has shown, one of the five artist sons of Samuel Lines, the landscape painter and teacher of art, made a similar decision to emigrate to New Zealand, where he hoped to open an art academy. In his case, as in many others, the home country might offer insufficient opportunities for all the children in large families to make careers and support their own offspring.

Birmingham, and much of the surrounding West Midlands conurbation, was founded on migration, though not so much from across the seas as from neighbouring agricultural regions. 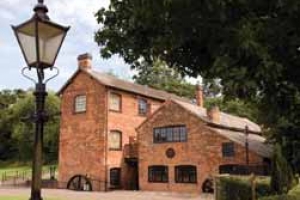 In Places to Visit, Migration,