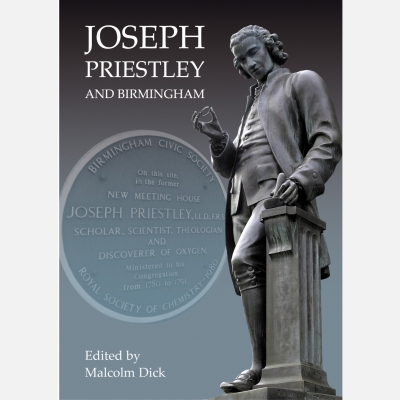 Joseph Priestley (1733-1804) was a major figure in the intellectual, religious and political life of the eighteenth century. He was a chemist and physicist, a philosopher, theologian and educationalist and a campaigner for political liberty, religious toleration and anti-slavery. His time in Birmingham between 1780 and 1791 was one of the most active periods of his life when he was a member of the Lunar Society and an associate of other influential men in the West Midlands, such as Erasmus Darwin, Matthew Boulton, James Watt and Josiah Wedgwood.

In 1791 he was forced to leave Birmingham as a result of the infamous Priestley Riots. A few years later, in 1794, he left England for the United States where he spent the rest of his life. Joseph Priestley and Birmingham contains a collection of articles by historians that focus mainly, but not exclusively, on Priestley's time in Birmingham. It provides a record of an individual whose ideas and activities had a major influence, not only on Birmingham and the West Midlands, but the wider world as well. The publication is a result of work carried out by the "Joseph Priestley and Birmingham Project", which was established by Birmingham & District Local History Association to commemorate Priestley's life and achievements, two-hundred years after he died in 1804. The publication is a special edition of the Association's renowned local history journal, the Birmingham Historian.

The Heritage Lottery Fund has generously supported the activities of the "Joseph Priestley and Birmingham Project", which will also include an exhibition, a town trail, a DVD of Priestley's experiments and the provision of resource material on www.revolutionaryplayers.org.uk in 2005. 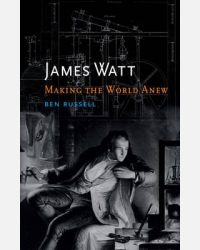