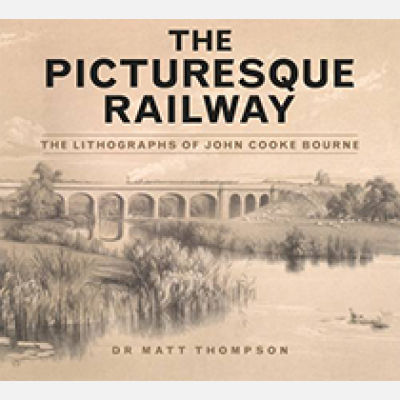 The Lithographs of John Cooke Bourne

John Cooke Bourne (1814–96) captured one of the most exciting periods in modern British history – the building of the railways. His work, reproduced in this book for the first time in more than forty years, recorded the construction and operation of the London & Birmingham Railway and the Great Western Railway, two of the largest engineering projects of the nineteenth century.

In his panoramic yet intricate topographical sketches, Bourne showed that as well as being a feat of modern engineering a railway could sit comfortably in the landscape of the English countryside. He celebrated the skills and determination of the railway builders who were reshaping the cities, towns and countryside of the 1830s and ’40s. And, most of all, he demonstrated that a railway could be a thing of real beauty.