Visitors come to Hereford Cathedral each year to wonder at one of the world's greatest Medieval works - the Mappa Mundi. But this visit offers another unique treasure - The Chained Library.

Here 229 Medieval manuscripts including the 8th century Hereford Gospel and books from later centuries are preserved, each chained for security to the library shelves as they were in the 17th century.  While such libraries previously existed throughout Europe only the Hereford Chained Library has survived.

In this programme the Cathedral's librarian Dr Rosemary Firman takes us on a tour and tells its story. 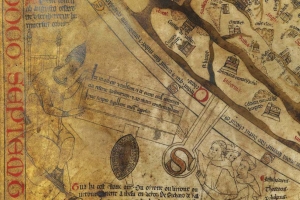 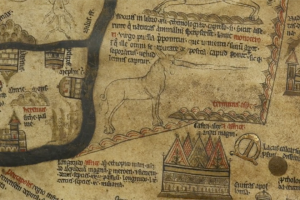 Mappa Mundi - A Window Into The Medieval Mind

Mappa Mundi – A Medieval Vision of the World